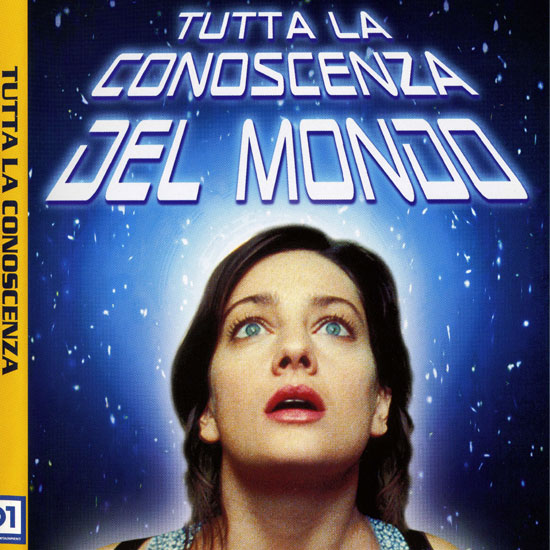 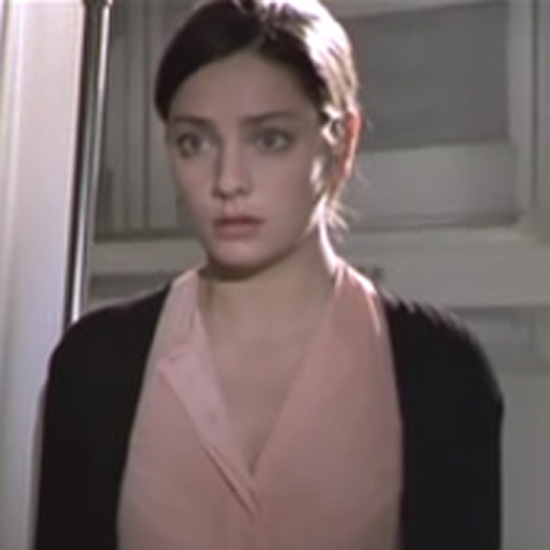 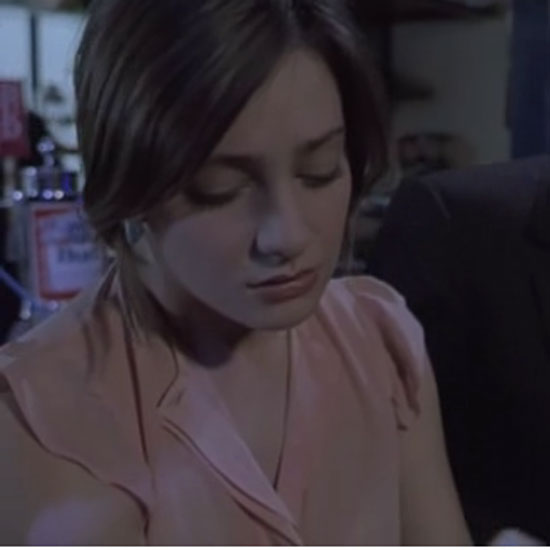 ALL THE KNOWLEDGE IN THE WORLD

Produced by Antonio Ciano for Nuvolafilm and RAI Cinema, with the participation of TELE, in association with Amedeo Bacigalupo and Eros Puglielli and with the collaboration of Fondazione Scuola Nazionale di Cinema.

The “meaning of life” told by Eros Puglielli in his peculiar directing style: weird characters, odd mishaps, fates that meet, skim and loose each other. A student in love with her philosophy lecturer, a disabled man seeking for his legs recovery, a young pop star desperate for a spiritual leader to meet. And above everybody stands an overhanging odd luminous man, maybe true, maybe not.

“[…] The moment of cinematographic writing coincides with the lensing, and not the drafting of the script. My points of reference in this respect have been Orson Welles and Hitchcock, two movie set masters. In Italy, unfortunately, most directors are in the habit of shooting the dialogue and not telling their stories through images.”

“[…] Eros and Thanatos, and not only. Puglielli also means careful framing, with a predilection for the oblique, transverse and skewed; pacing, vigorous and dynamic camera work, refinement and sensitivity in the use of light, editing not devoid of devil-may-care experimentalism […]”.

Film critic Fabio Bo, Catalogue of the Retrospective “Italian May 1999”

“[…] The Dream Lunch, the finest film short of these past years, a flurry of inventiveness, tempered by a bizarre and melancholic creator […]
What amazes is the originality and sweep of his gaze: facing him is the pluri-fractured world of the industrial periphery, a socio-cultural disaster that has witnessed the fruitless persistence of countless directors who have succeeded only in adding their signatures to stereotypical fossilizations. […].
Every scene is a minor miracle of balance and freshness. […]
It is astounding how much inebriating wine can be pressed from a single grape-cluster of an amateur videocamera: there are no famous actors and hardly a lira in production value, but the film is brimming with talent; it is also knee-slapping hilarious and in the end, even touching. If Fellini were alive, he’d look up Puglielli’s number and dial it at once, and then with his lilting, nasal voice, he’d say: “Puglielli, my friend, thank you very much for the fine afternoon you’ve afforded me. Why don’t we meet, say, at Canova’s and talk about the fun I had looking at your movie… a fine hop, skip and jump, a real ronp…”.

“Sleep […] Horror and fantasy, Freud and Manga, a spoof on juvenility. Pre-dogma, post-Morettism […]”.

All the Knowledge in the World

“[…] A comedy with grotesque / fantasy overtones, as well as a thriller steeped in New Age […]”.

“[…] ‘All the Knowledge in the World’ merrily breezes through diverse cinematographic genres to tell the bizarre story of the exasperated search of three different characters for “Enlightenment”. There is a coed student in love with her philosophy professor (Giovanna Mezzogiorno), her uncle, confined to a wheelchair on the lookout for the “man of light” (Claudio Guain) and there’s the homegrown rock star who wants to enroll in the school of a guru (Marco Bonini). Puglielli’s film has a smile for all, from those who place their trust in rationality to the acolytes of New Age, and it does so without taking sides except for the sincere search of love and truth which each of us carries inside. […] From an old glory of Italian theater and cinema such as Giorgio Albertazzi, who has chosen to participate in this adventure in the role of the philosophy professor comes the greatest compliment: “It is the most interesting and whimsical part I have ever played for cinema, a festival of humor and self-irony.”

“[…] Giorgio Albertazzi has clearly been touched by the light and inspired hand of Puglielli’s direction, a man he defines as “an angel of the tenuous image”, as well as one of pulse and character, capable of moving with effortless skill on set. Normally when I see my films, I become weak-kneed, but this is the most amusing character I’ve ever done for the movies.”

“[…] Stadium-like ovations, howls, laughter and a long debate, laced with irony and mischief, have brought luck to the premiere of ‘All the Knowledge in the World’ by Eros Puglielli which was viewed in the Festival Forum section and which skyrocketed our Giovanna Mezzogiorno, the film’s lead, to instant stardom. “I have no delusions about flash-in-the-pan success” – says Eros Puglielli – “for a weird, peculiar and certainly outlandish film like the one I brought to Berlin. But at least judging from the comments of the younger audience, I’m glad to see that in Italy these days, nothing is expected more than a surprise.”
ANSA, February 12, 2001

“It was therefore an honor for Italy to be invited […], thanks to this first work by 28 year old Eros Puglielli, ‘All the Knowledge in the World’ a satire on the spreading New Age craze, an “incredibly bizarre” film. A female philosophy student (Giovanna Mezzogiorno) madly in love with her Professor Perotti (a Lucio Colletti figure, only more attractive played by Giorgio Albertazzi), but scoring zero in looks, offers hospitality to a handicapped uncle in her out of town student pad after the latter has been miraculously saved by a “man of light” who “stopped time” to sweep him away from a hurtling train. The uncle then casts his savior, a future pop star into self-destructive mysticism. Each of the characters will then go on his or her separate path in search of happiness, invariably losing the way, and by painful degrees, under the duress of “reality”, deviating from their original passions. Puglielli (and Gabriella Blasi, co-writer) take near sadistic glee in frustrating every journey, every outing and every landing. Nietschian solutions for the crackpot Ufologist (who lands on his feet and eventually becomes a cook), Zen for the holy man worshiper who has seen the light, but like Belushi has not been blessed by the force (sure enough he is exploited by the record executives), and nothing less than a ‘Black Sabbath’ for one, like Giovanna, who is proud of her rational rigor. These are the solutions lying in ambush for the heroes. Madness pours down copiously from the start, and not just a school yard variety. Luis Molteni and Rolando Ravello are equal to Giovanna Mezzogiorno’s talent as well as that of our Kevin Spacey, Marco Bonini.”

“[…] ‘All the Knowledge in the World’ a first work by Eros Puglielli, […], unlike the brilliance of Puglielli with his story suspended between reality and dream, workaday normality and celestial visions, narrated like a grotesque and surreal comedy […].”

“[…] The theme, in an epoch searching for new faiths and truths (read New Age) might lead one to the formulation of a serious treatise, even if on a celluloid medium. That would be predictable – exactly what Eros Puglielli is NOT. ‘All the Knowledge in the World’ is ironic, grotesque and adheres to a cinematographic practice far from the contemporary national norm. […]
In ‘All the Knowledge in the World’ written by the selfsame Puglielli and Gabriella Blasi, we find, along with a courageous visual language, the narration of an existential journey, in which the characters are propelled by an urgency: that of providing a motivation to their loneliness. In the age-old quest for truth: new answers.”

“[…] the curious ‘All the Knowledge in the World’, New Age film by Eros Puglielli, one of four titles in which the RAI logo appears in the co-production list, well-received by the German newspapers. [..].”

“[…] ‘All the Knowledge in the World’ was warmly received and caught the eyes and ears of the media […].”

“[…] Points are best scored beyond the marketplace and topographic self-concern, as in Eros Puglielli’s All the knowledge in the world, a preposterous, fabulously entertaining philosophical colloquy that feels like Danny Boyle shooting My dinner with Bertrand Russel. Conjoining extraterrestrials, magnetic philosophy profs, spiritually questing pop stars, meta-Zen nonsense, paranormal conspiracies, and enough acts of fate to clog a Kierkegaardian’s aorta, Puglielli’s movie is too addled and particular for a broad consumership, but that’s part of its charm […].

IL SINFAMOLLE
Back to Portfolio
TOILETTE